Did you know that alligators have been living on this planet for millions of years and are sometimes called ‘living fossils’? No wonder they are bored all the time!

There are two different species of alligators. One is called American alligator and the other one is called Chinese alligator. 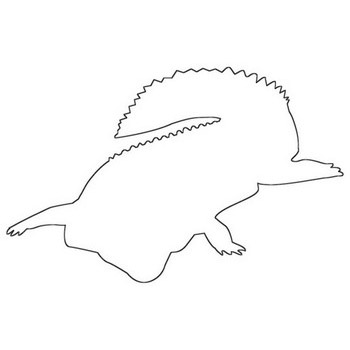 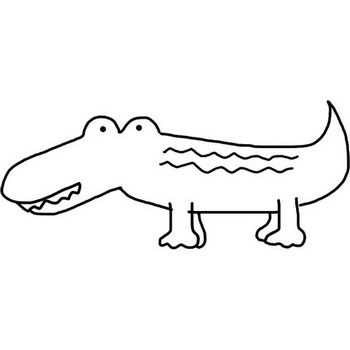 What is the Difference between an Alligator and a Crocodile?

Well, there are many ways you can tell the difference between a crocodile and an alligator, but to make it easier for you we have identified several areas in which you can distinguish between the animals.

Alligators and Crocodiles Have Different Snouts

A snout is the projecting nose or mouth of several animals and both crocodiles and alligators have different ones. For instance, alligators have U-shaped snouts which are far wider than that of crocodiles. But crocs have more longer snouts and are V-shaped.

The difference in shape and geometry is due to the fact that they are used for different purposes. An alligator's snout can be used to break open turtle's shells as its U-shaped snout massively helps it in gripping the turtle and other animals while the longer, V-shaped snout of a crocodile helps it when preying on reptiles and fish.

Alligators and Crocodiles Have Different Habitats

Crocodiles usually live in a saltwater habitat whereas alligators live in freshwater. There is an interesting reason behind this. Crocodiles have special glands in their tongues which can excrete excess salt from their bodies. Owing to this fact, crocodiles can easily spend weeks at sea.

But, on the other hand, alligators are not that great in excreting excess salt out of their bodies, so they have to live in a freshwater habitat. This is one of the major reasons why crocodiles have easily managed to spread across the islands of the Caribbean whereas alligators have not.

Crocodiles and Alligators Have Different Teeth

Owing to the difference in the snouts of crocodiles and alligators, both have different looking teeth especially when their mouths are closed. Alligator's bottom teeth are often not visible as its wider upper jaw covers its lower jaw.

But if we talk about crocodiles, unlike alligators, their lower fourth tooth can always be seen, and their teeth often stick out of their lips which gives them a 'jagged' smile.

Are Crocodiles More Dangerous than Alligators?

There is no doubt that alligators are very dangerous but actually, they are far more timid than crocodiles. They easily get frightened and if they are approached by humans, they tend to run towards the nearest water.

Alligators will only attack humans when they are unexpectedly provoked. And if they think that someone is harming their children, they will attack humans to defend their family.

Crocodiles are far more dangerous than alligators as they are not timid, they do not get frightened and can attack human even unprovoked. So, it is especially important to stay away from a crocodile even in the zoo.